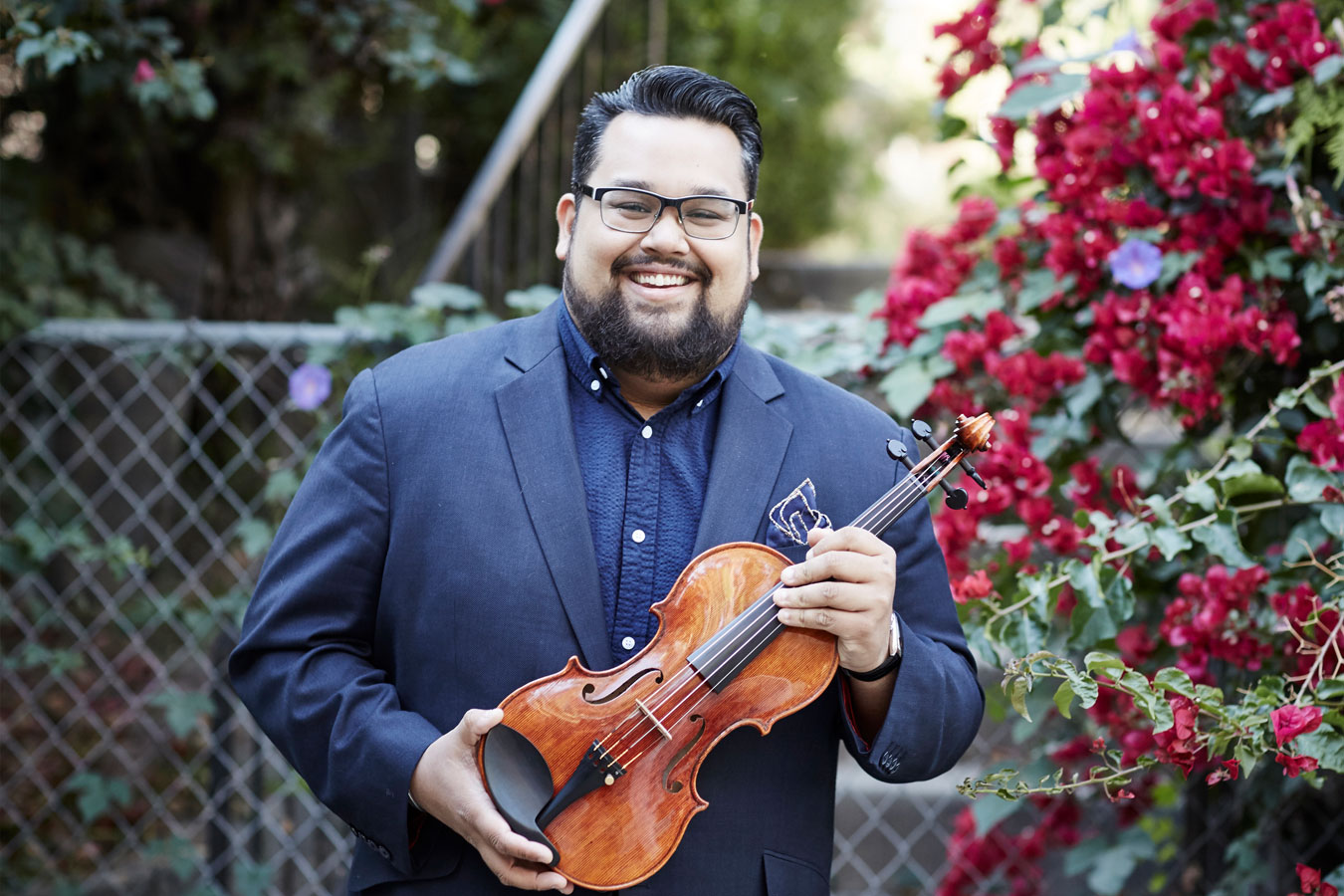 “If you have come here to help me, you are wasting your time. But if you have come because your liberation is bound up with mine, then let us work together.” – Lilla Watson, Aboriginal Australian artist and activist

I first heard this quote from Vijay Gupta, while attending the League of American Orchestras conference last month. A violinist in the LA Philharmonic, Gupta runs Street Symphony, an organization that plays music in Skid Row and the LA County Jail, among other “unconventional” venues. Gupta is an inspiring speaker (you can watch his videos here), and he coined an expression I’ve taken to heart – “radical mutuality.”

Gupta spoke movingly about what he gets from playing in places like jail, and emphasized that it was just as important as what he and his colleagues “give” to the audience. Many musicians perform for folks deemed “underserved” or “less fortunate”, and that’s very good, of course – we get to share what we love with more people than those lucky enough to find their way to the concert hall. As performers, we always are giving of ourselves to the listeners, and that opportunity is one of the main reasons we play music in the first place. However, Gupta reminds us that the audience has much to give, too – something that we as performers can sometimes miss, or leave unacknowledged, in the “traditional” ways we present music.

Gupta’s “radical mutuality” is tied up with his emphasis on transforming concert halls from places of “presentation” to places of “convening”. He mentioned one simple change which makes this very easy to do – get the audience’s reaction to a piece of music before sharing ours! Many performers (myself included) often make a point of sharing some insights about a piece right before or after playing it – what about getting the audience’s reaction first? He described some amazing perspectives he’d heard from inmates after performing a Bach Sarabande for them – they were far deeper and personal than the ones we often give in pre-concert lectures and program notes.

This alone would be enough reason for performers to re-assess the way they interact with audiences, but as Gupta reminded us, there’s a much more important one, too.

I was reminded of this last week, when I played at the Cincinnati VA Hospital. I have written here before about my experiences in their outpatient mental health unit, and now I play regularly in the inpatient unit as well. I sit in a hallway, next to the TV lounge and facing the nurses’ station, and get regular smiles and thank-yous from the staff and patients as they (mostly) pass by.

This time, though, it turned into a real conversation – several patients sat with me for nearly two hours, and each piece prompted them to share thoughts about what they heard, facts about themselves, their past connection to music, or questions about the cello and what it’s like to play it. I was struck by how open and vulnerable they made themselves after hearing the music, and I was more open, too. I left feeling as if I had been given as much (or more) than I gave.

At the convention, Gupta talked openly about his difficult childhood and that for him, performing on Skid Row is as much for him as for the listeners. He recalled riding home from a performance with his fellow musicians and his wife, who is a chaplain – after hearing the musicians criticize themselves and worry about the impression of their performance, she said “You all are the ones who need a therapist!”

When I talk with people after playing for (or with) them, we are more open and vulnerable than usual – our shared experience makes it easier for us to connect at a deeper level. I find this especially true with the patients at the VA – though many of them suffer from PTSD or other debilitating conditions, and sometimes even need hospitalization for them, they are healed, at least temporarily, by the experience of not just hearing someone play, but talking with them, too. In a TED talk, Gupta talks about the transformation he saw in Nathaniel Ayers (the Juilliard-trained bassist who suffers from schizophrenia, and whose story was told in the book and movie “The Soloist”) when they played music together, and says simply: “Music is medicine.”

I do not claim to have the the depth of challenges that either Gupta, Ayers, or anyone I met last week at the VA face. However, we all have our “issues”, and I know one of the ways I deal with mine is through sharing music, and I felt far more healed by my experience at the VA last week than I have in a long time. To borrow from Lilla Watson, my liberation is bound up with the folks I met at the VA, and I’m grateful to them (and Mr. Gupta) for reminding me of that.