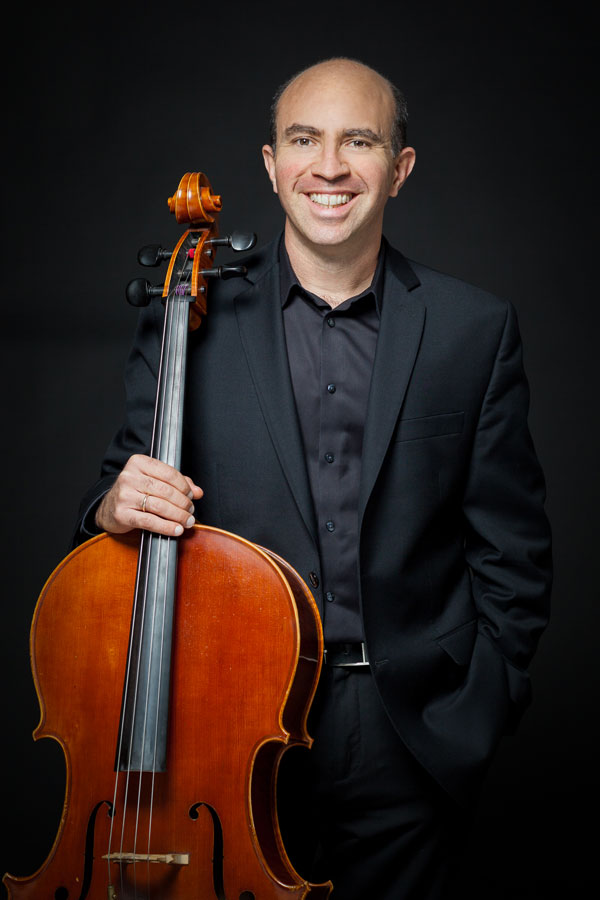 Nat Chaitkin enjoys a wide-ranging career as a cellist, teacher and advocate for concert music.

He has made several appearances as soloist with orchestra, including a performance of the Schumann Concerto which the Washington Post praised for its “engaging flair and commitment.” He has played recitals broadcast on Radio Canada and Chicago’s WFMT, at the National Gallery of Art and the Banff Centre. He has recorded for Albany Records. Nat grew up in New York City and graduated from the Pre-College Division of the Juilliard School. He received degrees in music and American History at the University of Michigan, and a doctorate at the University of Maryland. His cello teachers included Ardyth Alton, Jeffrey Solow, Nina deVeritch, Erling Blöndal Bengtsson, Evelyn Elsing and David Soyer. He also studied at the Tanglewood and Salzburg Festivals.

In 2012, Nat was awarded the City of Cincinnati’s Artist Ambassador Fellowship, giving him the opportunity to reach underserved audiences by presenting his innovative program, Bach and Boombox, in public spaces around the city, including community centers, libraries and offices.