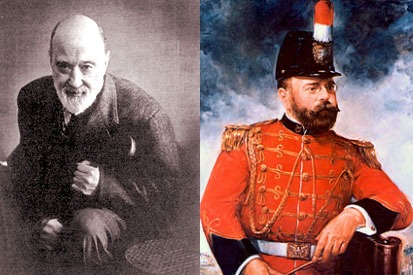 I have been meaning to share this post for a couple of weeks now, but given all that has happened, especially in Pittsburgh, and what is coming next Tuesday (need I say this – VOTE!!!!!!), it feels like it’s really time. At a moment when our voices are simultaneously growing louder and less persuasive, here are two uniquely American musical selections, one that depicts our current national “conversation”, as well as one which offers a more hopeful alternative.

Recently, ProMusica performed Charles Ives’ masterpiece, “Three Places in New England,” and while we were working, I realized that it is the most perfectly American piece of music I know, and a wonderful representation of what is happening right now.

The first movement, haunting beyond words, depicts a Civil War memorial in Boston to slain black Union soldiers, and the last movement beautifully depicts the Housatonic river (at least for a while – as so often happens with Ives, all hell breaks loose towards the end). However, the middle movement of the piece is what I want to highlight here – “Putnam’s Camp”, a glorious mishmash of marches, folk tunes and general mayhem.

The movement begins with a marching band that doesn’t seem to know how to march – the rhythm is thrown off almost immediately, and things spiral downward from there, with various sections of the orchestra either ignoring or clashing with the main tune all the way through. You can listen to the entire piece here, but I want to draw your attention to the very end, when the national anthem manages to interrupt itself (starting on two successive beats), and then, for the last chord, everyone seems to shout at once. I think that sums up the state of things these days perfectly.

As a contrast, let’s listen to a piece I used to play for a living, John Philip Sousa’s “Semper Fidelis” march. In the middle section, there’s a long buildup, that begins with the drums, and adds, one at a time, tubas, trumpets, clarinets, and finally, gloriously, the trombones. Each group has their own line, and they wind up playing all at the same time. Unlike in the Ives, all these voices at once sound beautiful, fit together perfectly, and complement each other. I think that’s a far more optimistic way of looking at America’s national conversation – everyone gets to talk, everyone is heard clearly, and we’re the better for it.

Here are two versions, the first by my former colleagues in the Marine Band, and the second by just one of those colleagues, bassist Eric Sabo, who seemingly had nothing better to do, and learned all the parts himself. I do miss sitting in front of him in orchestra – as you can see, he’s a guy who knows how to have a good time.

Ives had a keen sense of the complexities and contradictions of American life, and expressed them better than any other composer I know of. Sousa, for his part, seems to be expressing the hope and idealism that has guided our country through worse times than this. Though I, and I suspect many of you, feel a lot like the Ives right now, I’d like to think (to quote my mom) that we can get back to living in the America that it sounds like Sousa was hoping for.

And don’t forget to make your voice heard – vote.